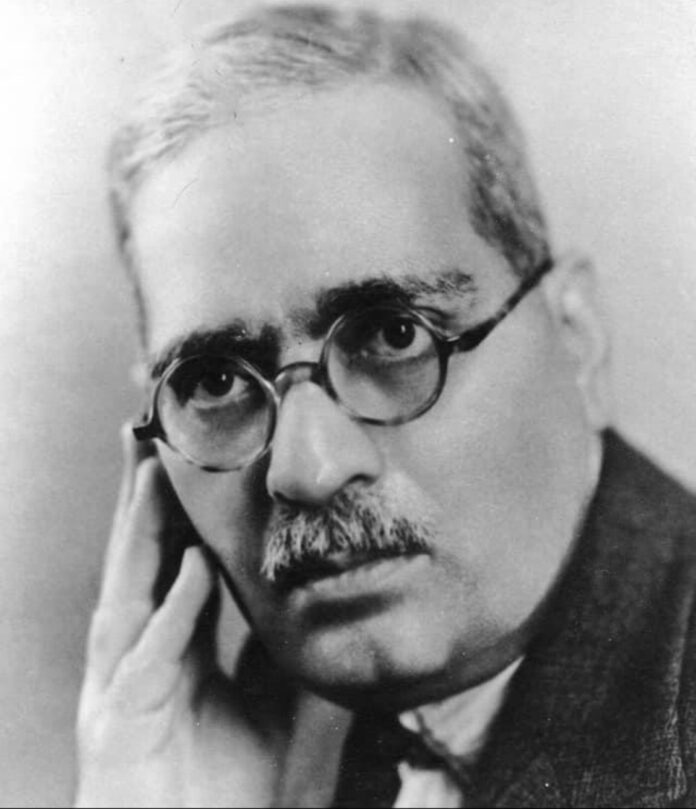 Dewan Bahadur Kalumal Nasta, an icon, who had been recognized for his illustrious career and conferred the title of Dewan Bahadur by the British viceroy Lord Linlithgow, was a trailblazer.

I remember him as a towering distinguished looking man, dapper in his British style, top hat gold pocket watch, cane and all. I recall him holding court in the library of our palatial home cloistered with leather bound books from wall to wall. In the early hours of the morning, I remember him chanting the prayers from the holy Guru Granth Sahib in our beautiful Prayer sanctuary which had hand painted murals of the ten gurus adorning the walls. I cannot help but feel proud that I hold the distinct honour of having been the only family member who flew with him from Karachi to Bombay. Proud to be his descendant, I cherish these memories and I think he did our community proud and set the stage as a role model and inspiration for the Bhagnari youth. The sky is the limit and we should strive for it.

He was a first in the Bhagnari community for achieving all this and more!  A man of law, he was well respected, not only in our community but in wider circles of the greater Karachi society. He is listed in the ‘Who is Who‘ of The British/Indian Distinguished Society!

During the British rule they used to periodically publish an Almanac highlighting the prominent Indians of that era. The 1937 version of the Almanac, which carries an article on Dewan Bahadur Kalumal Pahlumal Nasta, under its Bombay & Sind section is reproduced.

His are big shoes to fill and although we now have many educated professionals, his footsteps have yet to be followed in. I am a proud grand-daughter and member of his illustrious family!