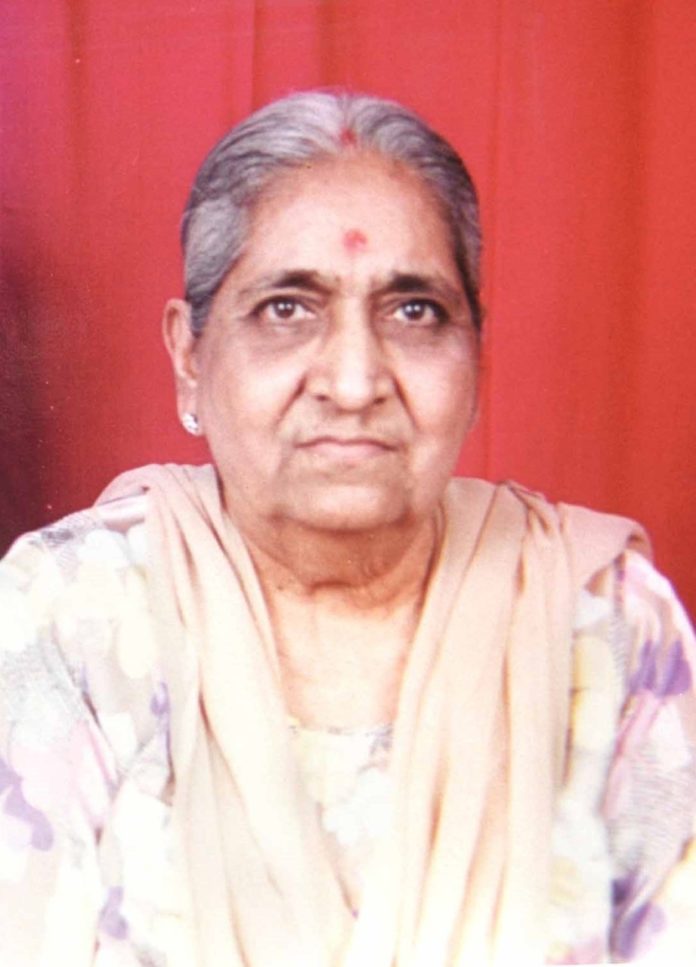 I was instructed to call her “Badi Mummy”—I was told this directly translated to “Big Mom”—a concept I understood solely in English as “Grandmother.”

I met Badi Mummy, my paternal grandmother, for the first memorable time when I was five. I had heard that she was really nice but I remember her being mostly mean, at least from my first impression of her. Of course, I could not understand a single word she spoke, so whether there was kindness in the meaning of words was negligible to me because somehow I managed to hear only frustration in her tone.

Neither could Badi Mummy understand me. Being raised in an English-only household for most (if not all) of my life has created a disconnect between me and what this entire blog initiative represents. This disconnect needs to be mitigated. My parents—both (proudly) Bhagnari—used Hindi and Bhagnari while I was growing up for one of two purposes: when they didn’t want me to know what they were saying, or, on long distance phone calls home to their birthplace.

Meeting Badi Mummy felt abrupt mostly because it was. A new person, a new language, a new culture, a new city, a new country, a new face, a new place. Everything new, everything unfamiliar. At the age of five, suddenly being told the unfamiliar person in front of you is your grandmother—and then not being able to communicate with her—is a fact of my past that has always felt unsettling and guilt-inducing.

Everyone is supposed to like their grandmother. How could I like my grandmother if I couldn’t even understand her? They say love is a universal language but what does that actually mean to a confused, wide-eyed five year old?

Most of my stories of my Bhagnari identity, in actuality, are stories of my not being Bhagnari (enough) and are therefore stories of my attempts to approximate myself to an unknown. An unknown that I am somehow supposed to naturally relate to because it runs through my veins.

The first time I came to India was when I was conceived, of which I have no recollection.

The third time I came to India was when I was five and I remember a few things. But not everything. This prose comprises a (funny) story of Badi Mummy and I getting lost in translation:

I had walked with my dad from Kataria Colony in the morning to a place called Govind Nivas which was apparently where my dad had grown up. He dropped me off at Govind Nivas and I found myself in a room within an unknown place—apparently referred to as a flat—suddenly under Badi Mummy’s sole care. I remember some of the interactions that transpired but only vaguely. She didn’t seem to smile much and everything she said confused me, in a frightening way because she clearly wanted me to understand what she was saying. But I just couldn’t. I couldn’t fulfill my grandmother’s desire. Her language confused me. Not knowing what she was saying made me fearful. I felt trapped. I felt alone.

Nobody was there to translate so I kept listening to her to no avail. Suddenly, I heard a familiar word that every child would naturally get excited about. My eyes lit up. “Tum cookie chaiye?” I had no idea what “tum” and “chaiye” meant but my recognition of the word “cookie“ (spoken through an accent) inspired a smile to spread across my face. I don’t remember if I also produced the word “yes” or maybe even “haan” but Badi Mummy vanished into the kitchen. I happily awaited the arrival of Oreos or Chips Ahoys.

After a few minutes, Badi Mummy emerged with something that looked nothing like any cookie I had ever known. It was flat, really big, warm, and tasted salty. Yuck. I had wondered why she had brought me a tortilla and I moved the steel plate to the side and said a universally-understood “no.” Badi Mummy made a sincere frown and pressed her hand against the air in my direction—a universally-understood gesture to wait. She turned on the TV and disappeared into the kitchen again.

I sat there watching Tom and Jerry and this time, she emerged after ten minutes with a proud smile on her face and presented me with the exact same tortilla, except this time, it was not warm but hot. I started to cry and around this time my dad came back. He seemed concerned and asked me why I was crying.

“Badi Mummy promised me cookies and she keeps bringing me these instead.” My dad, the translator, started to laugh and said something quickly to Badi Mummy who also started to laugh. Them laughing, me crying, and these strange, flat cookies occupied the room—this flat called Govind Nivas.

“Sahil, these are called ‘khoki,’” my dad explained, “I used to eat these for breakfast.” He looked at my face and continued, “But we can get you cookies. in India we call them ‘biscuits.’”

Badi Mummy got up and brought from the kitchen a slew of biscuits.

In this trip, I learned what khoki was (something which I wouldn’t like until becoming older). I learned about Parle-G, Marie, Hide and Seek, Bourbon and Nice biscuits…cookies that I would rarely encounter when back in the US. In this trip, I learned the translanguaging of love, from my grandmother to her grandchild. It’s an experience I’ve been processing and reprocessing even after Badi Mummy’s death.

I was nearly a teenager and my family was in our home in San José, California. We were watching a Bollywood movie in our living room that rainy night. (I was reading the subtitles throughout.) My sister and I were seated on the carpet and each parent on one couch. It was late at night, yet the phone rang. My dad paused the movie and left to answer it. His tone was sober and the call seemed short. He returned and said something in Hindi (or Bhagnari?) to my mom. She acknowledged what he said and he promptly pressed play and then my sister leaned towards me and out of nowhere whispered, “I think Badi Mummy died.” I’ve never understood what force of intuition existed for my sister to perceive this. Maybe she had understood their interaction.

I glanced at my dad’s face as I thought about how Dada, his dad, had passed just the year prior. It all felt so recent, but also so distant. I analyzed my dad’s face and he looked like someone who was sitting in a very warm room. His skin looked moist and red and his eyes looked somewhat in-between dry and moist.

“Dad?” He paused the film. My tactless pre-teen self blurted out, “Did Badi Mummy die?” I asked, echoing my sister’s words, now to my dad, in the form of a question. As if it were my question to own. As if it were his question to field. I remember him nodding stoically and returning to press play.

I can’t remember what film we were watching. I don’t know if he can either. But every time I eat khoki today, since it is something I enjoy more than I should (considering I don’t yet know how to make it) I remember to honor Badi Mummy who whipped up a fresh batch just for me. She’s not someone I knew well and quite honestly, not someone I ever grew to like (a guilt that will die with me) but I come from her and she loved me the way she could best.